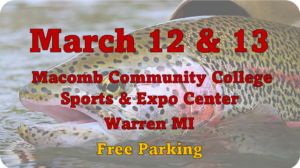 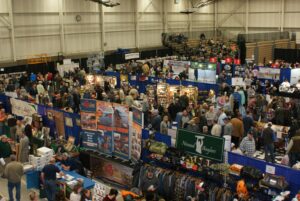 3:40 - Jason Randall: Where the Trout Are: Beyond Reading the Water

*3:30 - Dirk Fishbach; Modern Fly Rod Materials & What They Mean for Your Fishing

*1:00 - Chuck Hawkins: The Isonychia; How to Fish one of the Midwest's Greatest Hatches

Note: Shows and Times are subject to change without notice

* Presentations of interest to Beginners

2:15 - Jason Randall: When all Else Fails: Catching Trout on Slow Days

11:45 - Chris Butz (Hawkins Outfitters): The Isonychia; How to Fish one of the Midwest’s Greatest Hatches

Note: Shows and Times are subject to change without notice

* Presentations of interest to Beginners 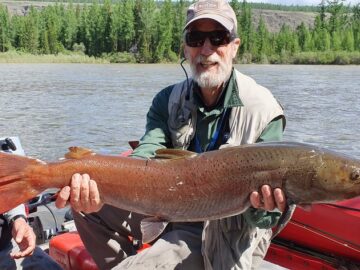 Ed Engle has been an avid fly fisherman for more than 40 years. He has fly fished throughout the continental United States, Alaska, Mexico, Chile, Argentina, Mongolia and in Europe for a variety of gamefish species with a special emphasis on trout.

As a fly fisherman Ed is especially interested in small fly tactics and techniques. His small fly fishing research has taken him to a many of the West's famous tailwaters and to spring creeks across the country. He is also dedicated to fly fishing small streams and high country lakes for wild trout. Ed balances out his interest in the “small side of fly fishing” with the avid pursuit of king salmon on the fly.

Ed lives in Manitou Springs, Colorado within 40 miles of the South Platte River, one of Colorado’s premier tailwaters where he guided fly fishers for more than 20 years before he retired in 2010. 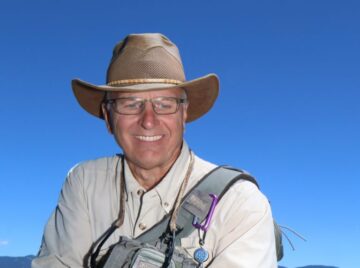 Jason Randall has been an outdoor writer for the last twelve years with feature articles appearing regularly in American Angler, as well as Fly Fisherman, Eastern Fly Fishing, Northwest Fly Fishing and many other outdoor magazines. He is a veterinarian certified in fish health and medicine. He is also a member of the World Aquatic Veterinary Medical Association and the Society for Freshwater Science.

In 2017, Jason’s fourth book, Nymph Masters: Fly Fishing Secrets from Expert Anglers, was released from Stackpole/Headwaters Books. Combining secrets, tips and hints from some of the top nymph fishermen in the sport, Nymph Masters thoroughly studies all aspects of nymph fishing.

Temple Fork Outfitters (TFO) named Jason to their National Advisory Team to develop a new and innovative nymph fishing od. In October 2017 the ‘Drift Rod’ was released to wide acclaim as the first truly convertible rod, changing in length from 9, 10, 11 or 12 feet. Each year, Jason appears and presents at shows and events throughout the North America. 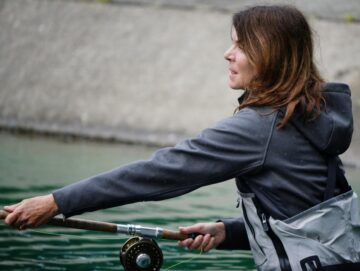 Whitney is a 7 time Spey-O-Rama world casting champ, and considered one of the world’s best two-handed casters. Whitney guides for Head Hunters Fly shop on the Missouri River in Montana, after a long career at the legendary Alaskan fishing outfit, AK West, where she was an integral part of a guide staff that pioneered spey fishing for King Salmon. In the autumn, Whitney heads to California’s Klamath River to teach Steelhead Schools and to fish for Steelhead. In the winter, she guides Steelhead anglers on California’s North Coast. 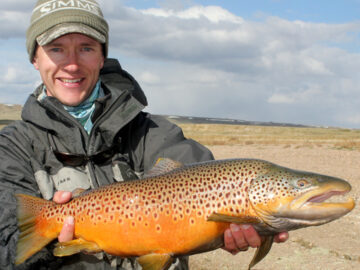 I started fly fishing at age 9. I will never forget my first day where I caught a cutthroat on an ant in the first meadow of the famed Slough Creek in Yellowstone on a hand me down fiberglass 7 weight! Though I’d been fishing with hardware since I was a toddler, that day started an addiction to fly fishing that I can't seem to shake. When I fished against Lance Egan and Ryan Barnes in the former Outdoor Life Network’s Fly Fishing Master’s in 2004, I knew I had to find a way to compete in the sport I loved.

The year 2017 marked my 9th consecutive berth as an angler for Fly Fishing Team USA in the 37th Fips Mouche World Fly Fishing Championships in Slovakia. In 2015 I was incredibly fortunate to finish with the individual bronze medal and even more fortunate to have been a part of the squad that won the first team medal (a silver) for the USA at the world fly fishing championship in Bosnia. In 2016 we followed that feat with a team bronze in Vail, Colorado. Fly fishing competitions have exposed me to tactics and techniques from incredible teammates and fellow fly anglers from across the globe.

Away from competitive fishing, fish have sculpted my professional life as well. I hold a bachelor's degree in ecology and a master's degree in fisheries science and spent 3 years working as a fisheries biologist before taking on Tactical Fly Fisher as a full time business in 2017. I have a wonderful wife Julia of 12 years, a four year old son Levi whose favorite fish are bull trout, and a 10 month old daughter who shows early signs of fly fishing virtuosity. What more could a guy ask for? 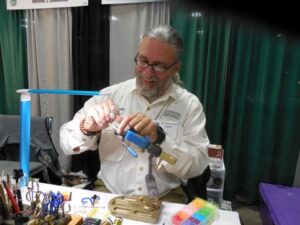 Tim Flagler owns Tightline Productions, a video production company in Califon, NJ. Although he produces video programs over a wide range of topics, his specialty is fly fishing. Tim’s a well-known fly tying instructor. His YouTube videos are some of the best in the business and his YouTube channel, practicalpatterns.com currently has over 98,000 subscribers and 30 million views. Almost every week he produces a new instructional fly tying video which appear not only on his YouTube channel but also on Midcurrent.com, Trout Unlimited’s national website, the Orvis Learning Center and the Orvis fly fishing blog. Tim has a regular column “Beginner’s Masterclass with Tim Flagler” in Fly Tyer magazine. Many of his tying videos take the viewer well beyond the tying of the fly and show what it looks like underwater, what natural it represents and how it can be fished.

Tim’s a fixture at the Fly Fishing Shows - giving presentations, teaching classes and often as a Featured Tier. He enjoys guiding year round for Shannon’s Fly & Tackle in Califon, NJ and hosts annual trips to Patagonia in the spring and to the Kootenai River, MT in the summer. 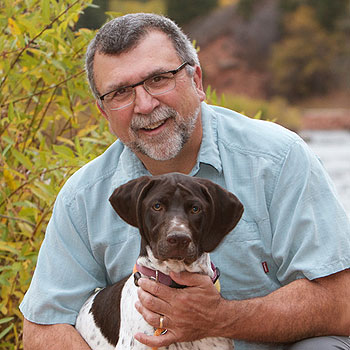 Tim Jacobs, a native of Michigan, is a fly fisherman and fly tyer from the Roaring Fork Valley.  He has guided in the Steamboat Springs area and the Roaring Fork Valley.  Additionally, he was a Federation of Fly Fishers certified casting instructor who taught the Sage Casting Clinics during the 1990’s. He works as an instructor at the Michigan Youth Trout Camp each summer and is a casting instructor for Project Healing Waters in western Colorado. Tim has published numerous articles and has authored the book “Tying and Fishing Deer Hair Flies” (2018, Stackpole Books). Tim appears at numerous fly fishing shows and fly shops as a demonstration fly tyer for Whiting Farms Pro Team, Regal Vise Pro Staff and Nature’s Spirit Pro Staff. 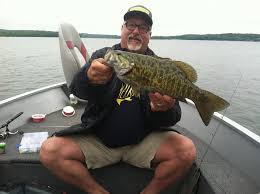 Steve Wascher is a third generation tier from Greenhurst, NY and received basic instructions and guidance from his father who was, in turn, taught by Steve's grandmother. He caught his first Trout at the age of 3 ½ on a DRY FLY!!  Steve is a well rounded tier, and enjoys all aspects of the art of fly tying from creating a unique nymph, wet flies for steelhead, or his famed deer hair bugs for those warm water surprises. Besides tying Steve guides during the summer months for a wide range of warm water species.  He articles have appeared along with his flies in Hatches Magazine, American Angler, and Mid-Atlantic Fly Fishing Guide. Steve is on the Pro Staff of Dyna King Vises and others. 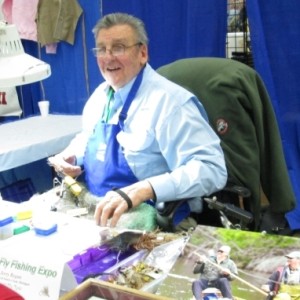 Jerry Regan a 3rd generation fly tier; is one of the true keepers of Michigan’s Fly Fishing History and one of the best commercial fly tiers in the business. Just like Trout Unlimited, Jerry was born along the fabled trout waters of the Au Sable River near Grayling. As a kid he learned fly tying and fishing from Michigan’s genuine legends like Earl Madsen and Ernie Borcher. One thing unique for the patterns Jerry ties - he does not use the synthetics that have flooded the market place.  Jerry uses materials that come from deer, turkeys and natural sources.

Editors Note - listening to Jerry as he ties is a treat not to be missed. 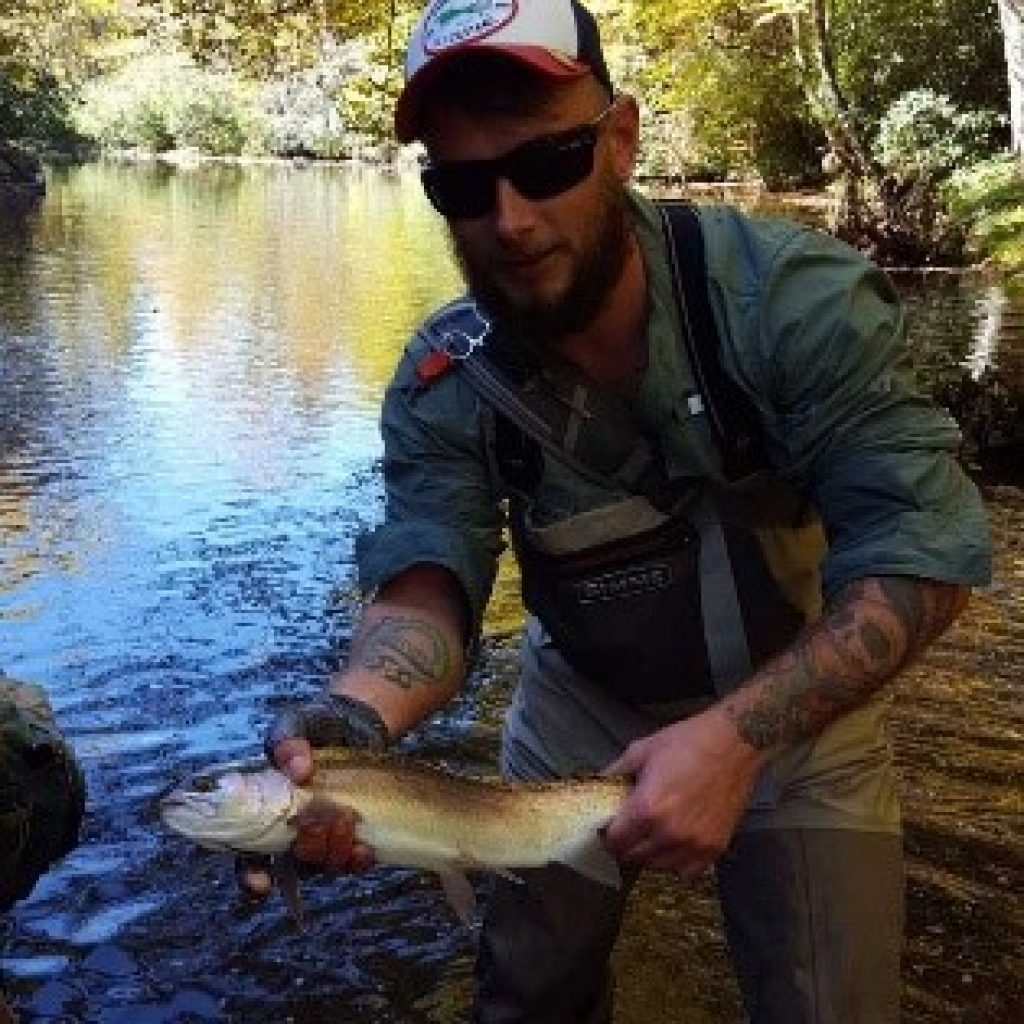 Joseph Jackson Raised in a small town in southern Indiana, a love of fishing, hunting, and wildlife was instilled in Joe at a young age. After 14 years in the Army, he found Project Healing Waters and his curiosity in fly fishing and tying bloomed into a love and obsession. He started tying in November 2015 and placed second in Project Healing Waters National Fly Tying Contest in 2017. Joe received the Everett Drake Fly Tying Award in 2018. Joe ties flies for all warm, cold, and salt water species with a focus on Deerhair flies. His realistic art flies like the hummingbirds, pheasant, Grinch, Baby Yoda, Bald Eagle, Kingfisher, and others have been sent across the globe.

Eli Berant grew up and lives in Michigan, so he has been surrounded by big water all his life. After getting his first fly tying kit at the age of 15,  fly fishing and fly tying has been a passion of his ever since. Even though he really likes the “traditional” fly fishing experience; he has taken the concepts of the huge saltwater flies and began to apply them to his exploits here back in the big waters in Michigan. His “Big Flies” are used for Lake Trout, Musky, Bass, Northern Pike and other large fish.

Alan “Al” Ritt grew up here in Michigan where his passion for fishing was born. In the early 80’s while living in Northern California, just after he started tying flies, he started fly fishing. In 1989 he moved to Northern Front Range of Colorado (Longmont) where he and his wife Diana reside.  He is currently on the Pro-staff of Whiting Farms, PEAK Fishing, Flymen Fishing Company, Performance Flies, Clear Goo Glue, Fishing for a Cause, Performance Flies, Pro Sportfisher, Diiachi Hooks.  He is a fly designer for Montana Fly Company. Al is on the board of IFFF Fly Tying Governors and is also a guide on Colorado and Sylvan Dale Ranch just outside of Loveland. Besides with everything above, along with his articles in various magazines, he also published a book, “25 Best Most Versatile Flies”.

Nets that Honor the Fish

Bring Your Children to the Expo for Some Family-Friendly Fun!

Michigan Fly Fishing Club members volunteer their time to assist kids in making a fish t-shirt, learning how to cast a fly rod, and tying a fly that they can keep!

Kidz Korner activities are FREE for children under 16 and are located in their own separate area of the Expo. Just look for the “Kidz Korner” signs!

Parents, please remain with your kids while in this area. 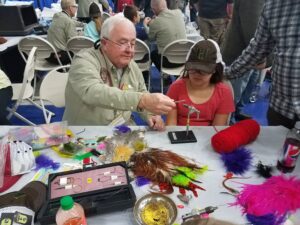 A big table heaped with fly tying stuff to tie their own flies! If they’ve never tied a fly before, no problem: our youth instructors will be on hand to help. 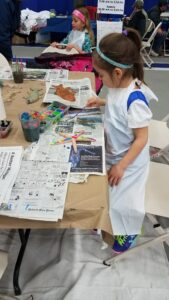 A “Project Fish” activity. Exercise your imagination to paint your own t-shirt or fish. What’s more fun than a blank white t-shirt and a bunch of paint? 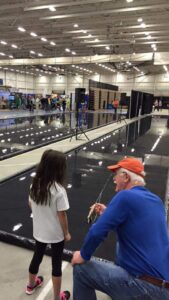 Kids have the run of the south end of the main casting pond! 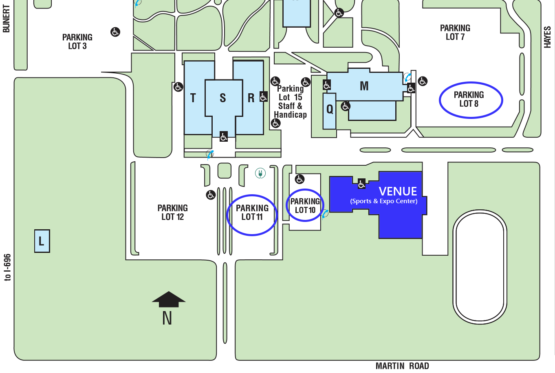 Parking is free at the venue! Here's a map to our recommended parking locations (Lots 8, 10, and 11). 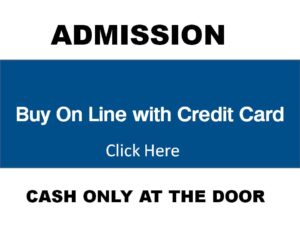 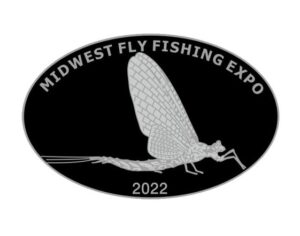 Some of the proceeds from this Expo flow right back to the source – Michigan’s Trout, Salmon and Steelhead rivers.